DIY at his best ! 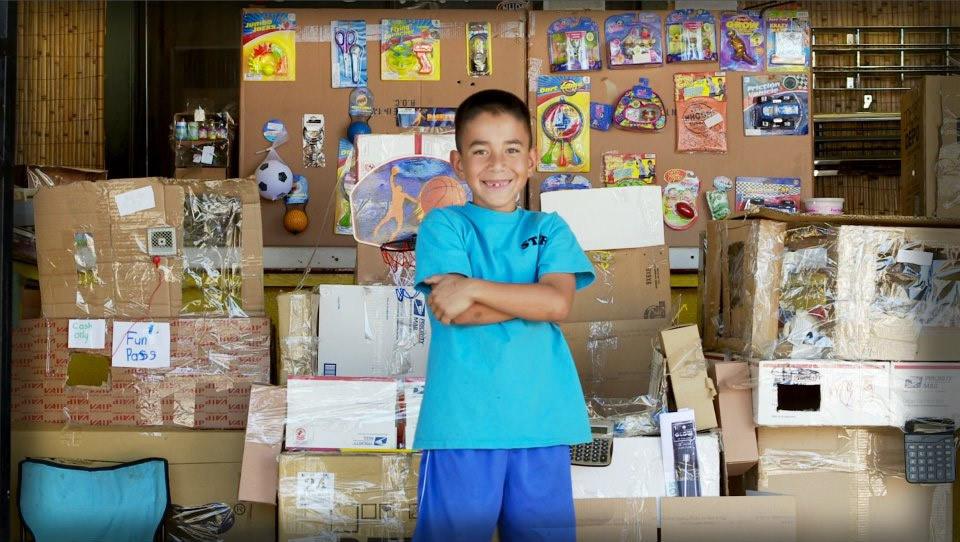 It’s years now that we think the DYI mouvement is a huge trend in society that will change radically our way of seing the world.

What best example could we find than the story of Caine a 9-year old boy who spent his summer vacation building an elaborate DIY cardboard arcade in his dad’s used auto parts store.

Caine dreamed of the day he would have lots of customers visit his arcade, and he spent months preparing everything, perfecting the game design, making displays for the prizes, designing elaborate security systems, and hand labeling paper-lunch-gift-bags. However, his dad’s autoparts store (located in an industrial part of East LA) gets almost zero foot traffic, so Caine’s chances of getting a customer were very small, and the few walk in customers that came through were always in too much of a hurry to get their auto part to play Caine’s Arcade. But Caine never gave up.

One day, by chance, Nirvan Mullick,  a filmmaker & digital strategist , walked into Smart Parts Auto looking for a used door handle for my ’96 Corolla.

What he found was an elaborate handmade cardboard arcade manned by a young boy who asked him if he would like to play. Nirvan asked Caine how it worked and he told him that for $1 he could get two turns, or for $2 he could get a Fun Pass with 500 turns. He got the Fun Pass.

And that was the beginning of a viral & successful story. Nirvan made the buzz, created a website, a Facebbok page, a Twitter account, a flashmob and a Scholarship Fund for Caine.

What a great story !