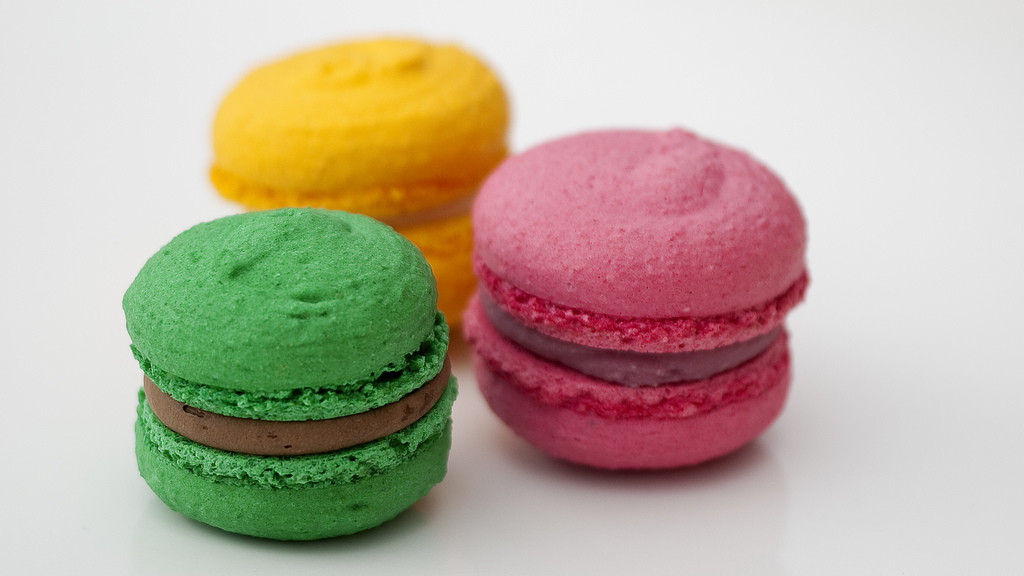 Pierre Hermé, the famous french chef explains us this french confectionary : “Macarons only weigh a few grams, but that’s enough to leave your senses quivering with pleasure. Their thin, crisp shell, slightly rounded shape, tempting colours and tender interiors draw devotees to devour them with their eyes, and caress their smooth surface. Their flavours solicit the nose and, when one bites into that crisp shell, the ears tingle with pleasure and the palate is finally rewarded.”

You can also do the same in New York : since 2010, François Payard, chef of François Chocolate Bar and François Payard Bakery in New York, organized the first annual Macaron Day in NYC. Macaron Day NYC is inspired by and coincides annually with the Jour du Macaron in Paris, created by la Maison Pierre Hermé Paris in association with the Relais Desserts.