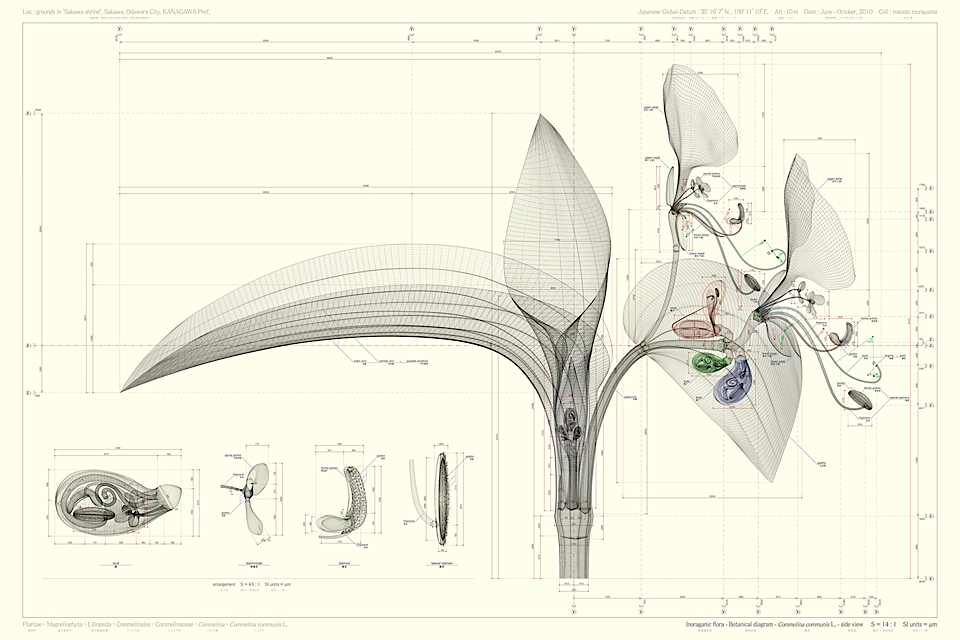 Makoto Murayama is a New Media artist, with a background in computer graphics illustration. His most recent exhibition, “Inorganic Flora,” was displayed at the Frantic Gallery in Tokyo. Using cutting-edge software and 3D modeling, Murayama creates synthetic images that reveal new possibilities for botanical illustration in the Digital Age. A meditation on the margins, Inorganic Flora merges the beauty of nature with the art of scientific progress.

Murayama begins by making a vivisection of a flower, takes multiple close-up photos and then sketches the inner cavity of each flower. Afterwards, he uses several different software programs: 3ds Max for form and structure; Adobe Photoshop for separate parts and composition; and Adobe Illustrator to add indications of elements, scale and scientific names. 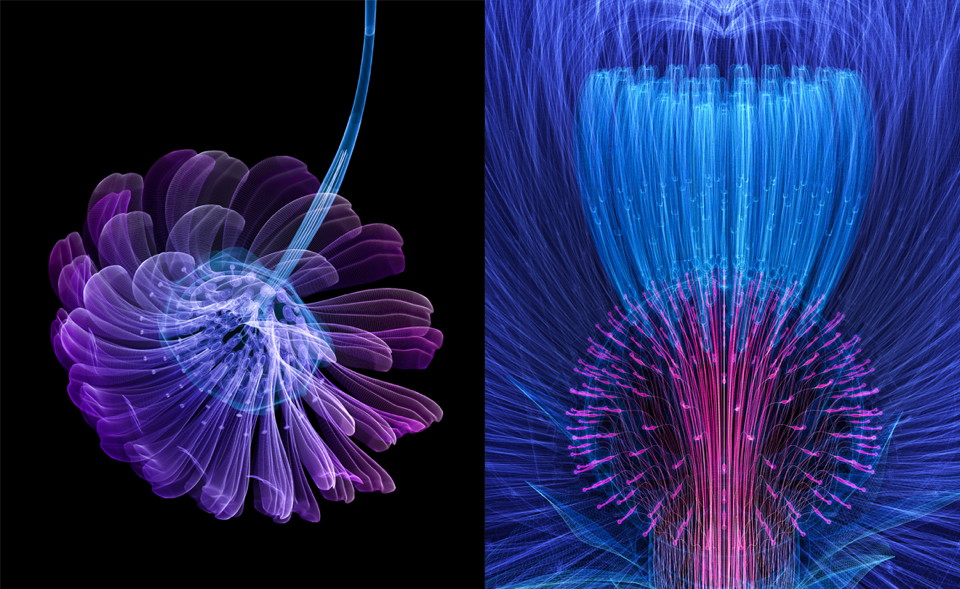